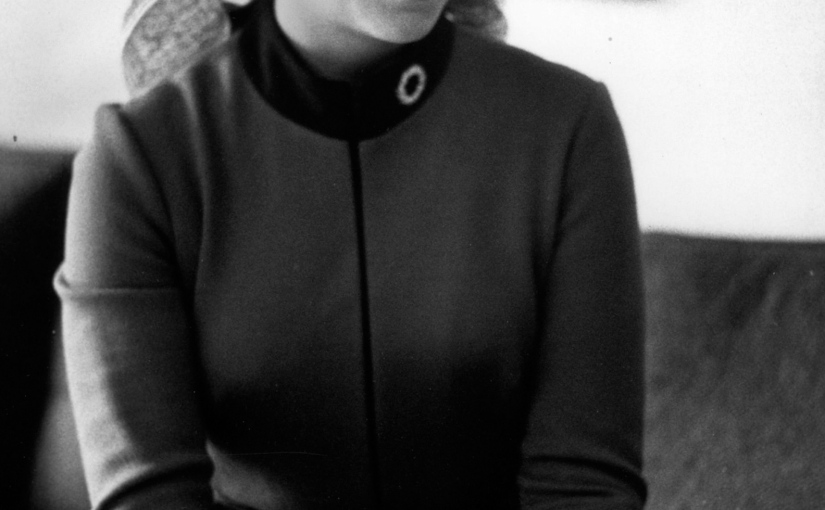 Supreme Court Justice Ruth Bader Ginsburg born March 15, 1933 passed away Friday, September 18, 2020. Famously known as the Notorious RBG, her career started after over several decades of personal triumphs and hardships including her mother’s passing the day before her high school graduation from New York’s, Madison High School. A Brooklyn child born Joan Ruth Bader, RBG would meet her husband Martin D. Ginsburg (1933-2010) at Cornell University while graduating with a Bachelor of Arts degree in government on June 23, 1954. After graduation Ruth took time to focus on her family. She would give birth to her daughter Jane C. Ginsburg on July 21, 1955. Shortly prior, Martin was drafted to serve in the U.S. Army for two years. Once “Marty” completed his service Ruth would continue her education at Harvard Law School.

Becoming a trailblazer by all accounts, Ruth quickly rose to the top despite obstacles and continual personal difficulties as cancer once again struck her family as Marty was diagnosed with testicular cancer in 1956, her first year at Harvard Law. Nevertheless she persisted. Immense discrimination would befall her as a woman despite growing female attendance in American Colleges and Universities after 1947, a number that continues to grow to this day, but at Harvard Law she would only be 1 of 9 women attending. Today 48.9% are women at Harvard Law School. Ruth was troubled by her chastisement for taking a “male position” at Harvard Law. She would never forget the pushback for being a woman in a male dominated field and, at the time, university. Serving as the first female on the Harvard Law Review while caring for her husband and family amidst personal attacks as a female on-top of her class work was all a feat that she valiantly met.

Like all things in life, this too shall pass, for her years at Harvard ended on a high note of her husbands recovery from cancer and his graduation from Harvard Law which resulted in Marty receiving a job position back in New York. Only having one more year to complete, Ruth Bader Ginsburg transferred to Columbia Law School completing at the top of her class, tying with another student, in 1959.

Nothing became easier for her career after graduation either. Being denied clerkship with Supreme Court Justice Felix Frankfurter because Frankfurter was not ready for a woman yet, several avenues were blocked simply due to that biological fact. Finally, thanks to the help of a former professor, U.S. District Judge Edmund L. Palmieri hired Ginsburg as a clerk in 1959. Serving for two years, Ginsburg would then become an associate director of the Columbia Law School’s Project on International Procedure (1962-63), Rutgers School of Law as an assistant professor in 1963, and publish the book, Civil Procedure in Sweden (1965). Low pay but it was work, Ginsburg gave birth to her second child and son, James Steven Ginsburg on September 8, 1965. While celebrated by her and Marty, she felt the need to keep the pregnancy secret for fear of losing her teaching contract at Rutger by wearing oversized clothing for the duration of her pregnancy. In 1972, thirteen years after her graduation from Columbia Law School, the university offered her a teaching position where she would become the first female professor at Columbia to be tenured.

Ginsburg co-founded the Women’s Rights Project at the American Civil Liberties Union (ACLU) in 1972. She would fight for the Equal Rights Amendment (also known as the Alice Paul Amendment after the Quaker Alice Stokes Paul), a constitutional amendment that dates back to the 1920s and continues to be argued for this day. Leading the fight for women Ginsburg would go on to argue six landmark cases before the Supreme Court of the United States:

For a decade Ruth Bader Ginsburg had the privilege to argue before the Burger Court (1969-1986) (named after Chief Justice Burger), winning five out of the six cases concerning discrimination before the all male Court. Ahead of her joining the Court she influenced legal precedent that set the inroads of progress for men and women alike. It was a highlight of her career while at the ACLU.

By 1980 Ginsburg was appointed by President Carter for the U.S. Court of Appeals for the District of Columbia; a position she served until 1993 when President Bill Clinton offered her the position of Supreme Court Justice to which she accepted. Ruth Ginsburg would potentially replace the John F. Kennedy appointed, Byron Raymond White (1917-2002), a “nondoctrinaire pragmatist” whose voting record fell on the conservative side, now looking to retire. Senate confirmation hearings occurred from July 20-23 of 1993; a complete pdf record can be found here along with a CSPAN highlights here. After deliberations on August 3, 1993 at 10:25 AM, the Senate confirmed Ruth Bader Ginsburg as the second female Supreme Court Justice in American history by a 96 yea, 3 no, 1 not voting decision.

Once appointed Justice Ginsburg would continue her career of fighting for what she considered unlawful discrimination; in a 1996 landmark decision United States v. Virginia Ginsburg would write the 7-1 decision (Justice Thomas relinquished himself from that case due to his son’s enrollment at the Virginia Military Institute) the Court ruled that VMI’s male-only admissions policy was unconstitutional. Additionally, Justice’s Ginsburg and Scalia would build a beautiful friendship despite their constitutional and political differences for over 22 years while on the Court until Antonin Scalia’s unexpected passing on February 13, 2016.

On June 27, 2010 Martin D. Ginsburg would die after battling cancer once again. And now, after almost ten years past, Justice Ruth Bader Ginsburg would herself succumb to pancreatic cancer on September 18, 2020, at age 87. Her life was devoted to her husband Marty, her two children, the law and the Constitution, and fighting for women’s rights. A legacy never to be forgotten.

As author of this article and founder of Truth In Focus and All Things Veritas I want to offer my personal condolences to the Ginsburg family. Yes, as a Christian and a Conservative our differences do vary when we get in the nitty gritty of political and legal issues but we also share a bond for the American people and this nation. At a time when society is so divided the relationship between Justice’s Ginsburg and Scalia serves as a reminder for us all that there can be friendships despite differences. We need that more than ever. And at a time when respect for those in place of authority, especially those of authority whom we most disagree, Ginsburg serves as a reminder that there is room for disagreement and respect for ones differences. This is something we should all take to heart.

Our prayers for the family.

A Christian, a Philosopher, and a Writer. View all posts by E. Kyle Richey