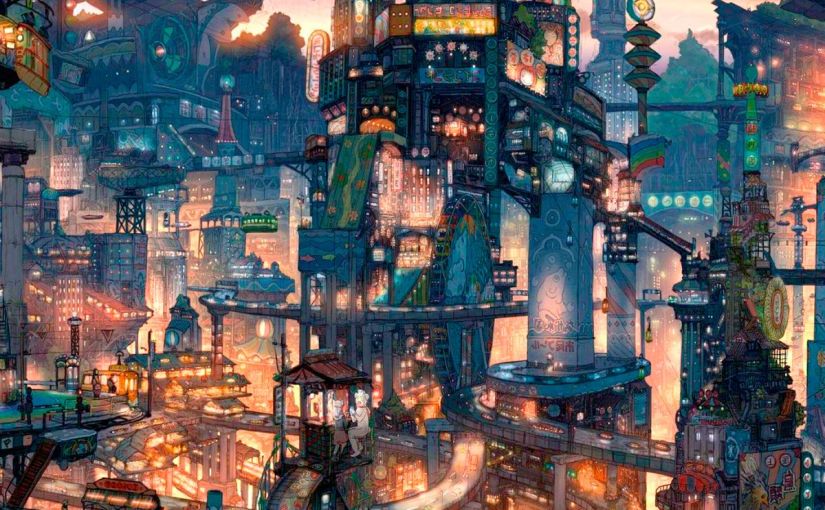 (Letter from the Editor)

On November 19, 2020 I announced here on Truth In Focus the beginning of my first Substack account, E.K.R. Report:

My how things have grown! The E.K.R. Report expands exponentially in content and audience. As of 2021, I have written eight posts, but the content is intended to be more in-depth and less sporadic while remaining more personal in my analysis on art, food, culture, and the political madness playing out in front of us. Of this year, I believe my most prophetic and accurate article is from the title: Inauguration D-Day: The New Kids On The Block Of Destruction, Power, and Romance. Here is a glimpse:

Facebook, Twitter, Youtube, Amazon, and Apple are easy targets these days as they shutdown the President, Parlor, and anyone they consider radical. This week Facebook Ugandan pro-Museveni accounts ahead of election and in response Uganda blocked Facebook. Tensions such as these will continue for the foreseen future as the global elite solidify their great reset. Twitter CEO Jack Dorsey was recorded saying as much. Big Tech is an oversimplification however as multinational corporations connected to environment, health, safety and sustainability (EHS&S) have their hands and funds in superpowers around the world in nearly every field. However, Big Tech does describe their endless scope which has obliterated privacy. Data is no longer simply a commodity, but a source of knowledge that filters through the veins of corporate and state; an intoxicating line of tubes, lines, ports, and catheters the system of our world is too interconnected to breakaway without a system malfunction or worse, a breakdown. Whatever the United States once was—a republic or a democracy —is now an administrative state of technocrats who know no boundaries between private or public lines in either the corporate and state or the freedom of speech and the rights of parents. Those days are now over, yet few realize it.

Corporatism was once a dirty word amongst progressives who now sit on the boards of Fortunes 500 companies. We are beyond the Industrial-Military complex, this is the beast of an entirely different nature. Our political ecology has evolved before our eyes with the belief that a three branch government and a few old documents could hold the tides of tyranny and change. That myth too is over. A national security state or the surveillance state is the new normal—totalitarianism is here to stay. To be fair this is the result of success and failures of modernity as humanity enters uncharted territory of climate change, limited resources, animal and planet extinction, higher exposure to viruses and sickness, and environmental elements that knocked man back to reality.

Our world is always passing away. Decay is the natural state and to that natural state we have returned. Elites are concerned about the future no matter their political persuasion. Take Elon Musk as an example of a man who like Stephen Hawking believes our only true hope is to find a new planet.

Corporate billionaires run our planet and our universe or so they think. Secular at heart these men look to the stars as means to be conquered. But fair warning, space travel is a humanist pipe dream; an illusion that will end in disaster. There are no planets in our galaxy nor near our galaxy that will house the next earthlings. Earth—Eden—is our birthplace and our tomb. Our only hope is to save the planet or risk losing it all. And perhaps that is and always has been part of God’s final plan. Ironic that humanity will be the sealers of their fate.

Click Here to Read the entire post: Inauguration D-Day: The New Kids On The Block Of Destruction, Power, and Romance

Serendipitously the toxic fumes of politics had breached my mind a bit too much as I noted in, New Directions: Moving Beyond the Political:

Here at Substack the purpose is to be more personal and maybe even a slight bit more careless, not in reason or emotion, but taking risks in discussing issues that are raw. Yes, a few articles even used language. I used those for merely aesthetic reasons, lessons learned from some of my favorite writers including Christians. And I was being apropos to both Rod Dreher and another time directly referencing the actual words of the Apostle Paul. Nevertheless, being careful with my words in times such as these are important.

I can only hope that my readers can take to heart that these ideas of mine are always open to discussion and critique. And I am very well. Just choosing to go through life publicly at a time when more and more choose to be quiet or private. But in fairness, the political discussions are ending today. No more for a time being anyways.

What does that mean for the various writings? For one, Truth In Focus will continue to be a philosophical and theological grounding point of thought and analysis. Granted, the topics at hand need to remain practical i.e. about present events, therefore I will be working on to improve the practical side of it, while also making it simple. Simple is not a bad word, in fact, it is being used here to mean in the utmost positive. In our age, many issues are complex. Issues such as living wages, abortion, C19, gun rights, corruption, etc. Matters, if ones that I believe only have one answer, are still complex in their planning and application. They require a greater simplicity, not sophistry and unhelpful rhetoric. At TIF I want to provide a much more thoughtful application events and issues. And to study ideas and their consequences. To make principles, not politics.

As my personal Substack continues to evolve and develop I proud to announce the second Substack with my friend Thomas Doane titled: Philosophosaurus Rex:

Taking the helm of three sites can be a bit daunting let alone the content I am trying to put together on Youtube (All Things Veritas), Facebook (Truth In Focus), and Instagram page (Merebeautyintruth). My mind is constantly running through the various ways in which I can connect these together into a single network. Philosophosaurus Rex is beginning to pick up steam this month as seen from my article on February 5 2021, In the Beginning Was Philosophy and The Earth Was Material:

Then the Lord God formed the man of dust from the ground and breathed into his nostrils the breath of life, and the man became a living creature.

Every story has a starting place. Our starting place with philosophy will begin with the early greeks and pre-socratics. My systematic study will evolve overtime as books and essays are included in the study I am about to present. At the moment, this is the literature review:

Literature Used (updated as I go)

There will be instances of going back and forth as additional sources are added for the sake of context. The way I intend to develop this study is to use the following approach:

Historical context is the central theme of study and through it we can then engage with specifics both the subject matter and the philosophical nature of that subject. Please bare with me as I am sure I will need to explain that more at another time.

The notes you are about see are in relation to the books mentioned. Some are quotes while others are of my own. Again, this will slowly evolve and grow as I pursue forward with this process.

Continuing reading here is you are interested in that series: In the Beginning Was Philosophy and The Earth Was Material

Thomas is busy completing his degree in theology but he is aiming to start a series on his own concerning the book, Studies in Religious Philosophy, by Robert W. Hall, titled: A Pilgrimage Towards Knowledge:

Studies in Religious Philosophy, by Robert W. Hall. What I hope to accomplish is a primer in the Philosophy of Religion that will prepare me for the more rigorous studies ahead and by doing so, share with you, the reader the historical, philosophical, political, and religious observations that are gained through the chapters I read. I hope this to be a systematic approach of what is a synopsis of some very difficult topics to examine and thus share with you in my education.

You can read everything Thomas has to say here: A Pilgrimage Towards Knowledge

Books, principles, ideas, politics, theology, policies… the themes run through all the sites but I promise each piece will be unique on the whole. Continued streams of thought only helps me and the reader as we pursue into the darkness with our lamps shining bright.

So far so good as I can tell. Substack’s newsletters don’t appear to fail as they do here on WordPress. Additionally, the founders of Substack have promised to not censor others over “hate speech” i.e. free speech that people do not concur as truth or real or polite etc. It is difficult to gain traction though that is the internet isn’t? Unless you are already famous enough, these matters take time. Overall the network is friendly, easy to utilize, and accessible.

Once more I have reached my place to bid you farewell until next time take ear to the first half of Proverbs 16:6: