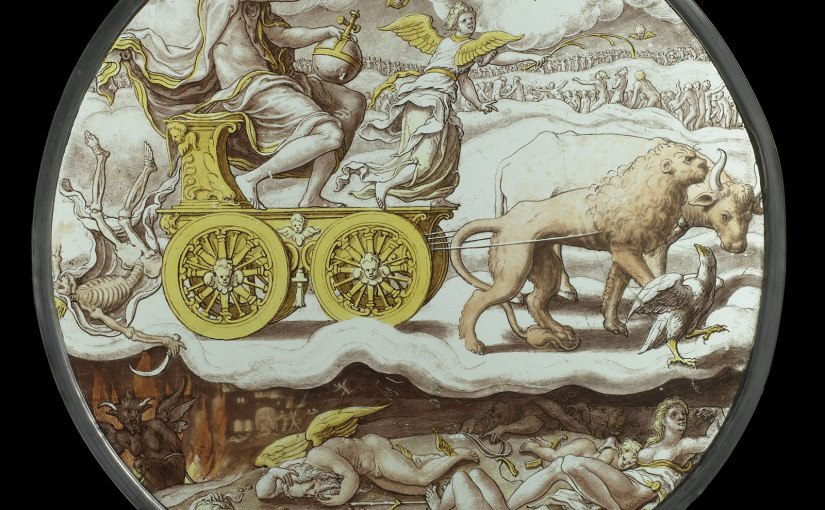 The Year That Never Ends

This special November Issue (2020) came at the wake of a radical leftist soft-totalitarianism that seeks to devour all that is human and humane. Now as November comes to a close and the great a-wokening continues forward, we must gather together as Christians to uphold the sacredness of our faith, the Truth of Christ in the darkness of our world.

Our approaching December Issue (2020) will be an evolving one. Not an all at once publication of articles, rather a liturgy of prayer, music, art, scripture, poetry, and articles that all direct the reader to the one essential reality that Jesus Christ is KING.

By Virtue of Desecration: Liberation & the Sexual Moral Erosion of America

TruthInFocus Podcast: Ep 1 Book Review of Live Not By Lies by Rod Dreher

The Voices of the Silenced

The Convergence of the Progressive Telos

Too Divided To Stand: Election 2020 & The Future of America

Thy Week, Thus Far: Anti-Trumpist Revoluionaires, Perverted Corruptible Men, & the Coming Judgement Upon Us All

For I Am Not Ashamed Of The Gospel

Letter From The Editor

In October, we approached the month by spreading our wings and laying a foundation with podcasts, an official statement, and a special series on virtue over politics.

Foundations: What We Stand On

Thy Week, Thus Far: Trump Vs Biden Vs God

When The Eighth Grader See’s Through Them: The VP Debate Of 2020

Speak Now, Cause What Comes Next Isn’t Pretty

TIF Podcast: Ep 1: Live Not By Lies By Rod Dreher

In September, immediate events grabbed at us with the death of Ruth Bader Ginsburg and our public declaration of support for the selection of Amy Coney Barrett.

Welcome to the Party: America’s Established Political Parties By Race

The Oath of the Horatii by Jacques-Louis David

Burke, Kirk, & Scruton: A Conservative Legacy for the 21st Century

Amy Coney Barrett: Our Next Supreme Court Justice Whose “Dogma” is Good for America

Riled By Politics: The Fate of the U.S. Supreme Court & The Constitution

The Presidential Retrobate… err Debate of 2020 (Round 1)

Hard to believe, but only four months ago, TIF was launched. August marked the beginning of the direction and purpose behind Truth In Focus. Well researched essays, art, poetry, theology… this is a safe haven for Christians and Conservatives.

Get Woke or Get Broke: When Reason Fails to Stand

A Word To The Wise

You can always read these articles and more in our Archives section. 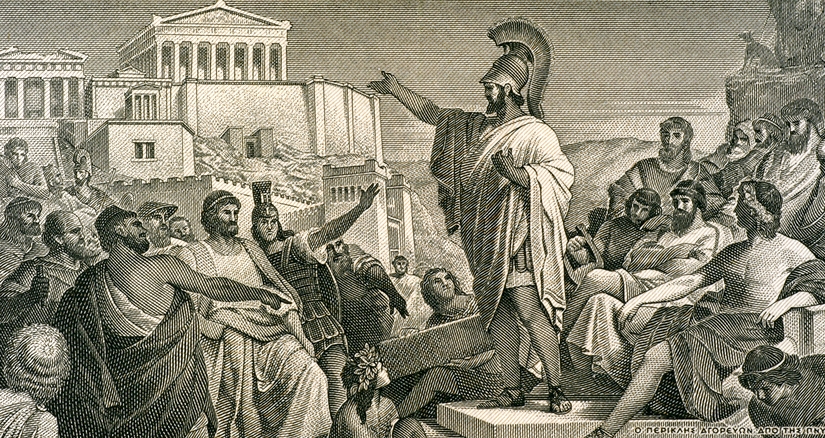 A Weekly Wednesday Dose of Truth

The Trump Accountability Project. A horror show in the making. This organization comes in light of a Biden victory for the next President of the United States. Frightening when you read the fine print from this site:

Because we all stand united for Biden right? RIGHT?! To be clear, there are no unsubstantiated claims allowed at TIF. Yes, we are a Christian and a Conservative (Primitive Conservative, see details) organization but lying (a sin) and a lack of objectivity (a bad idea) is simply poor research. But this is not unity in any far stretch should the Biden Administration allow this nonsense. Yet it comes as no surprise, Biden tweeted (or whoever Tweets for Biden) a day before the election:

I believe LGBTQ+ rights are human rights — and they are on the ballot tomorrow.

Why mention LGBTQ? Because GLADD has their own list: Trump Accountability Project (TAP). The radical left are doing exactly what a totalitarian regime would do which is make a list and go after the people on that list. And they are also changing definitions to words, ideas, and concepts such as “Preference” and “Racism” to meet ideological Woke standards.

To any progressives who may read or follow Truth In Focus I would implore you to reconsider the ramifications of making lists, word changes, and threats as a means of unity for your beliefs or we all may end up looking more like this:

The McCarrick Report (Official Report). Nothing easy about this report from the Vatican concerning the former Cardinal Theodore McCarrick, now 90 years of age, for his years of rape of adults and children alike. Pages 2 and 3 from the report:

This Report does not examine the issue of McCarrick’s culpability under canon law, since that question has already been adjudicated by the Congregation for the Doctrine of the Faith. While the Secretariat of State’s examination was not focused on discovering the precise nature of McCarrick’s misconduct, numerous individuals who had direct physical contact with McCarrick were interviewed in connection with the Report. During extended interviews, often emotional, the persons described a range of behavior, including sexual abuse or assault, unwanted sexual activity, intimate physical contact and the sharing of beds without physical touching. The interviews also included detailed accounts related to McCarrick’s abuse of authority and power. The individuals’ full accounts, which proved extraordinarily helpful to the examination, were carefully reviewed, were made available to Pope Francis and are preserved in the Holy See’s archives.

There is a large swath of reporting on this document which will be linked here: 1) Rod Dreher, 2) American Magazine, 3) Wall Street Journal, 4) Vatican News, 5) First Things.

A few key takeaways. First, people (popes, pastors, priests, bishops included) will mislead, lie, and greatly harm others. All are susceptible to sin. It reminds me of the ongoing investigation of the late Ravi Zacharias who suspiciously owned Spas (what kind of Christian Apologist does that?) that he has now been accused by at least three women to have performed sexual acts before them. An official statement was released by RZIM back in October:

What remains a fundamental rule in life regardless of a political candidate, evangelist, or a relative is to never idolize the individual. Everyone is capable of committing horrific crimes. Dr. Jordan B Cooper, an ordained Lutheran pastor, an adjunct professor of Systematic Theology, and a Ministry Fellow with Christian Union at Cornell University, has a superb Youtube page, Just & Sinner, where Dr. Cooper recently provided his own analysis on the matter of Zacharias worth watching: Thoughts on the Ravi Zacharias Situation.

Back to McCarrick, according to the Catholic New Agency Theodore McCarrick is off hiding in seclusion like the coward he is. Leah Libresco, basically a catholic superwoman who was a former atheist and is a freelance journalist (also author), tweeted the following:

And that is exactly what we are going to do here at Truth In Focus. If you have ever been a victim of abuse or are presently facing abuse please reach out to us. We will fight for you. No matter who you are. This a promise written within the TIF Statement:

TIF November Issue (2020) comes at the wake of a radical leftist soft-totalitarianism that seeks to devour all that is human and humane. Read. Share. Support.

All month long articles, book reviews, and testimonies concerning the radical left are here for readers to peruse. Quoting from my own article, By Virtue of Desecration: Liberation & the Sexual Moral Erosion of America:

Mac Donald argues that totalitarian ‘diversocrats’ threaten the pursuit of humanities, truth, and science in university, promoting niche fields that provide narrow support to the ‘diversity’ project. Examples of this include the replacement, rather than supplementation, of classical curricula in classical rhetoric, oratory grammar, and literature with abstract study areas in fields like gender, race, and sexuality studies. For Mac Donald, this reflects a narcissistic turn, as these policies assume that students can only gain value by learning about things that they can relate to experientially. In the process, this approach may undermine the transmission of nuggets of knowledge considered more neutral, especially those in the humanities.

Thirdly, read the striking correlation between Soviet Russia and America today by Brandon Galbreath in his article, “In-Doxycated“:

In today’s crazy postmodern society Christians cannot really define themselves with words such as orthodoxy or heterodoxy (heresy). Indeed, both words by definition are clearly direct opposites, such as right vs. left. However, the “doxy” of ortho vs. hetero is really just a paradox. What I mean by that is heresy can easily be orthodoxy because, the side of truth sometimes loses against a more powerful force of heretics. As Alister McGrath characterizes it, “heresy is the orthodoxy of history’s losers”(McGrath 2009, Heresy: A History of Defending Truth).  We have not seen this much tension and uncertainty since the brink of the Civil War. Sadly, most media outlets work for the radical left and are not concerned in the interest of truth. So, we must take a “heresy” in today’s context as a social and political approach, where heresy is seen as an ideology used in world views struggling solely for power. We see this today in the political and social clash that has divided America once again.  Truth has simply been destabilized for the absorption of power.

Take a look at the November Issue: The Radical Left & Their Coming Judgment Upon Us All